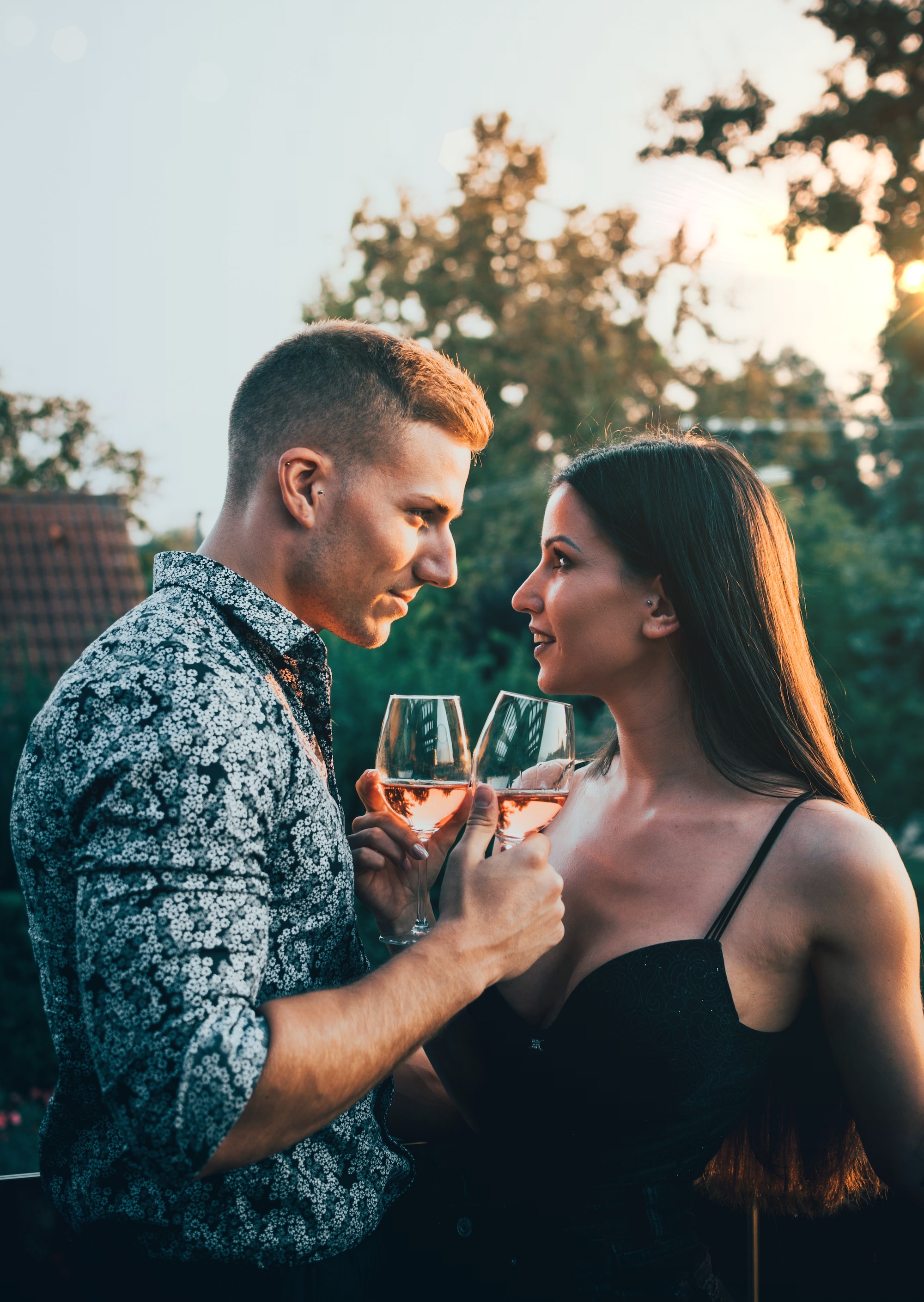 How to Make a Man Want You (With Just a Look!)

Have you ever wondered how to make a man want you with just a look? Picture this; the guy that you’re interested in is right across the room from you, talking to a crowd of people.

His eyes wander away from the man who has his attention at the moment and scans the crowd. He sees you.

Suddenly, his friend no longer has his interest. The football game, which was just the subject of excited conversation, is no longer important to him. With just one look, you have stolen his attention. He sees no one but you.

It does not matter that he doesn’t even know you. The most basic of human instincts force this man to notice you as a woman, and he looks you over. What does he see?

Is he looking at a tired woman who doesn’t look as if she wants to be bothered? If so, you’ve just lost his interest and his attention is back on last night’s game.

But you could have a much different outcome.

In fact, you could make this man want you just by looking at him, but it can’t be just any look. Let’s back up to the moment your eyes meet. What if, instead of exhaustion and frustration he sees intensity and interest?

What if you look refreshed, awake, and as if you know exactly what you’re doing to him?

Instead of looking back at him with a sleepy, disinterested glance, stare right into his eyes with an intensity that says, “I want you.”

Give him a look that tells him that right now he is the only guy in the room for you, and it is up to him to keep it that way.

Suddenly, the voice of his friend fades away like the drone of the Charlie Brown school teacher and all he is interested in is you.

Make a Man Want You by Holding His Gaze

According to recent studies, prolonged eye contact between two people can actually increase the chances that the two will fall in love with each other.

Arthur Aron, who is the social psychologist who led this research explains that “the two biggest factors to falling in love through eye contact are i) the other person is reasonably appropriate and desirable, and ii) there is reason to think they might be interested in you.”

By locking eyes with the man that you are interested in, and keeping your gaze focused and intense, you can make a man want you with just a look.

While we have already discussed ways to make him hot for you once you’ve already spent time together, the right eye contact can make a man want you just by looking at him.

Just One Look Can Make a Man Want You

But Is it really possible that just one look can make a man want you? The answer is, “Yes,” if you use the right look.

Once he locks eyes with you and sees nothing but raw desire and total focus on him, he won’t even realize how lost he is.

He may try to return his focus to the friends who are still talking about the game. But he won’t be able to keep his eyes off of you.

No matter how hard he tries to focus on the drink in his glass, or the conversation of his friends, he will keep finding his gaze back on you.

Each time he does, he sees a little more desire in your stare. Maybe you’re laughing with your friends, but you keep looking his way.

You Can Make a Man Want You by Copying Him

While you have his attention, there are other subtle ways that you can make a man want you with just a look. One of these secrets is to copy him.

Yes, that is what I said. According to a study in the Wall Street Journal, you can actually connect on a deeper level with people by copying them.

Of course, this doesn’t mean that you should start guzzling beer and talking sports, but more like mirroring his gestures. This is actually a well-known psychological trick to gaining people’s trust and connecting with them.

When the connection is deep, mirroring can even happen subconsciously.

It is important that you are subtle when using mirroring to connect. While using the same gestures, tone, and posture can help draw someone in, it can also be off-putting if it is blatantly done.

According to business development coach Ellen Keiley, it can be very awkward if it becomes too obvious that you are copying another person.

If done in a subtle way, however, mirroring him can make him subconsciously feel connected to you, and build rapport with him. If you simply copy a few small gestures that he does, you can take advantage of this psychological fact.

One of Many Ways to Make a Man Want You

Of course, there are many different secrets to being more attractive to any guy you meet. As you can see, it is not just about giving him a look or even locking eyes across the room.

It is important that you give him a look of desire while showing confidence at the same time. It is natural for people to be attracted to others who are confident about who they are and what they want.

Locking eyes with a sexy, confident woman and having her focus all of her attention on him for just a moment is a fantasy that almost any man has had in their lives.

Having your undivided attention can feed his ego, and as we have discussed in the past, it is hard for any man to resist a woman who can do this.

So, the next time you see your crush standing in a crowd and you want to get his attention, just lock eyes with him and show him just how much you want him. This will immediately make a man want you with just a look.