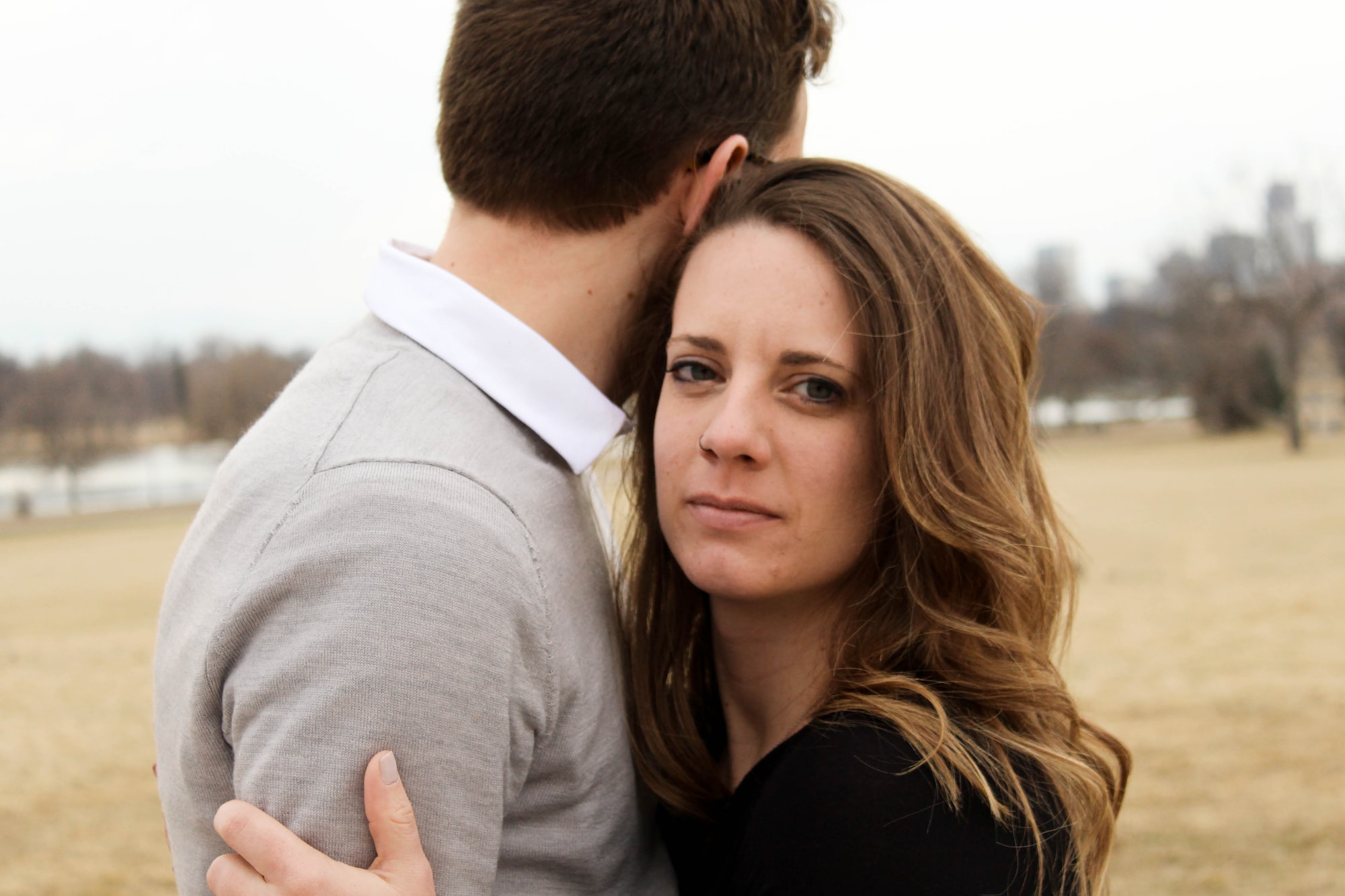 Yes, He Loves You! And Here’s How We Know…

You and your man are celebrating your anniversary at the restaurant where you first met when suddenly a tall, attractive woman comes up to your table and touches his arm.

They exchange a warm embrace, and he introduces her to you as his ex.

Your heart immediately drops. Yes, you’ve heard about this ex before. But then, she was just some virtual figure - an idea even - one that you didn't really think about. Now that's she's standing in front of you, close to him, you suddenly feel threatened.

They were together for so many years. They shared a life together, made so many memories.

Did he ever really forget her?

That’s the biggest concern, isn’t it? Does he still like her? Does he still want her? The way he talks about her, with that unmistakable glow in his eyes- does he love you the way he loved her? All these thoughts rile you up and you keep thinking about him leaving you for her.

It’s very natural to feel insecure about these things. After all, you want to possess a man’s heart entirely, as entirely as he possesses yours.

So, what can you do about this? Do you a) ask him to stop being civil to his exes? b) Let him know that his talking about his ex bothers you, or c) accept that he has a past, and move on?

The last two options are a bit difficult to do, but they’re also the more mature ways out. If a guy talks excessively about his ex or compares you with him, of course, you could let him know that you don't appreciate it that much.

On the other hand, if you cannot seem to accept that your man has had a history with another woman, then you will have a tough time finding love, girlfriend. That's because, in today's day and age, everyone has been with everyone. It's hard to find someone new to the dating arena. Your man too has had a past with another woman, and that’s okay.

You cannot really eliminate someone from a person's life. You cannot erase the memories that he has of them. There might be that one ex-partner that creeps up in his head like a bad rash. Or a first love that he cannot get over. There’s nothing you can do about that, really, without letting him know that you are insecure.

What you can do, is change the way you think about the situation.

The way he relates to his ex is an example of how tender he can be with a woman's heart. But it is not a testimony to the face that he's into them, nor is he not giving you all of himself because he still has feelings for another woman.

The poet Lang Leav has something beautiful to say about this- “You only get one chance to fall on love with your heart still whole”. Every time you fall in love with someone, you give them a piece of your heart. They affect you in numerous ways, change you, help you grow, help you evolve. And when their time is done, they leave your life, and you continue to grow with someone else.

The same thing has happened with your man. He once met someone he fell in love with, gave her a piece of his heart, and grew with her. Then they outgrew each other and went their separate ways. The partners he has had before have molded him in some way, shape or form, and they will always be a part of his history.

And you. You're a part of his present. He has chosen to be with you and will continue to grow with you. There's no reason to feel insecure about that. He may not have his whole heart to love you with, but whatever he does, is yours entirely.

There’s no reason to think that your man will never love you as much as he loved his ex. There's no reason to get jealous, thinking that you weren't the first woman he fell in love with and that he shared a life with someone else before you. And we’ll tell you why with a simple example.

Suppose, a man’s world is a circle that has a diameter of three centimeters. He meets a woman, who also has a 3 cm circle for a world. They get together because their worlds align and fit in perfectly.

Over the years, however, the circles of both the man and woman begin to grow. From being each other's whole world, they become a part of the circle. They keep growing and growing in separate directions, and the common space between them keeps decreasing. And one day, they grow apart completely, deciding to call it quits.

The man moves on, his 3 cm circle now bigger from his experiences, almost at 6 cm. At this point, he meets you, and again, your worlds overlap, and you begin to grow together.

At this point, when you see him greeting a woman on the road, and it’s clear from their body language that they’ve had a romantic relationship before, what do you do?

Changes in romantic relationships are natural. But do you feel threatened and insecure? Or do you remember that he loved her when his world was small?

Yes, they have their history. But that's nothing compared to what he's going to achieve with you simply because of how much he has evolved as a person.

The only time when you need to keep an eye out is when your man and his ex broke up because of reasons other than growing apart. That’s because in cases such as these, they might have a higher chance of getting back together, or there might be a chance that he might have some unresolved feelings for her. But that’s a different story entirely.

So, go back to loving your guy with your whole heart- and rest assured that he loves you too.